The Day Before the Dreaded Meseta

The calm before the storm. Actually, there’s only 47% chance of rain tomorrow, Monday. The “storm” I refer to is the Meseta. Google “Meseta Spain.”

Today was only 20K and we were treated to hills and dales and sunflower crops that went on forever. 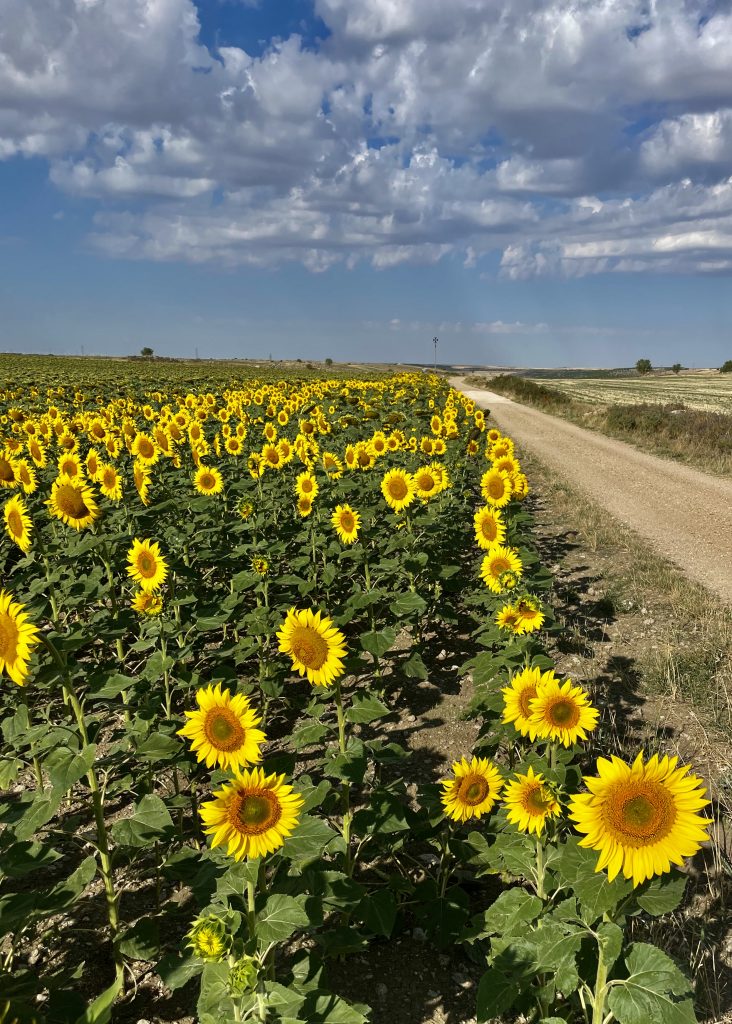 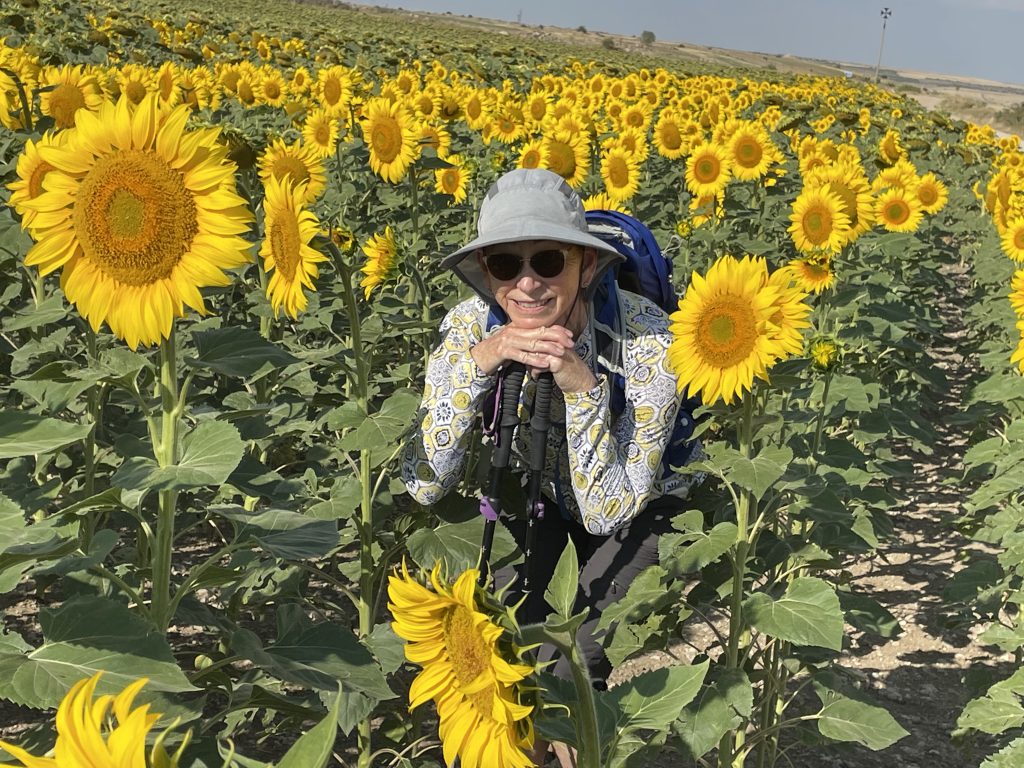 People often ask if we are sisters. So, that’s me, Terri, above, and Donna below. 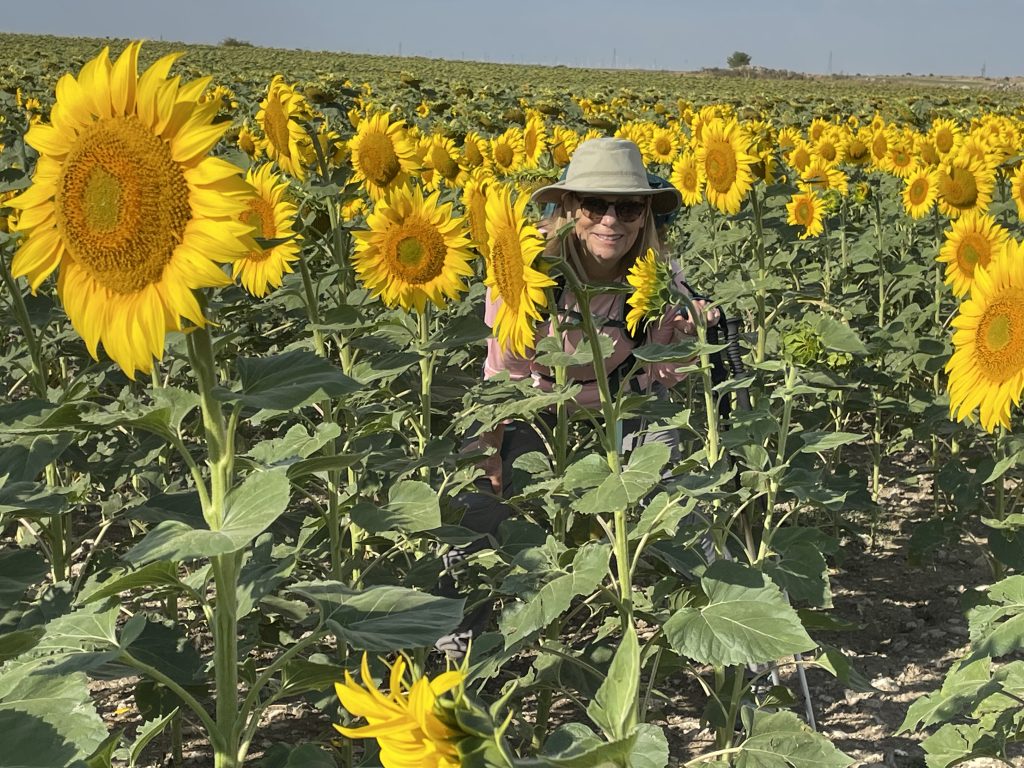 On the way, Donna snuck in a video. Click the link below. (Mom, you wanted to hear her voice, too!)

Donna Does a Video

Just when we were ready to huddle around the trunk of a tree by the side of road to get some shade, the road turned and we both said, “OH! I remember this place.” 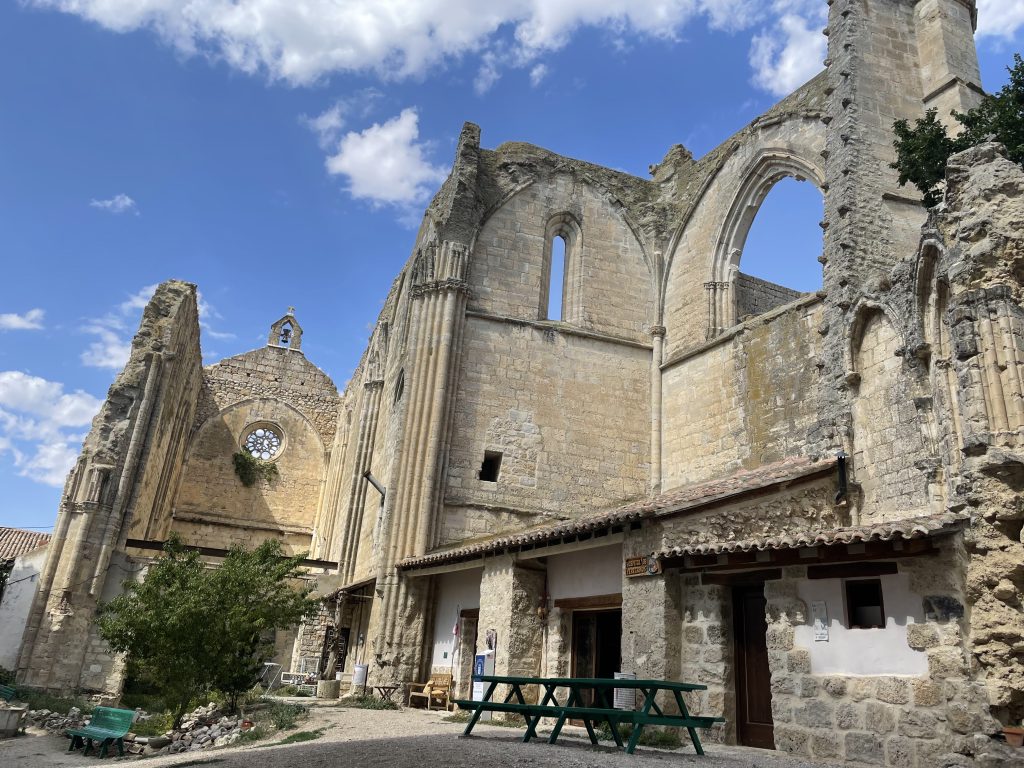 You can get a bunk bed in the “albergue” room, but there is no electricity. We sat in the shade a while, cooled off and tried to imagine what the full hospital must have looked like in the 1300’s.

A caretaker was inside what looks like double doors in the photo above. I went in and looked at some of the photos on the wall, made a donation. He thanked me and wished me “Buen Camino.”

I joined Donna again on a bench in the shade and noticed that a man we’d seen off and on all day had taken a seat in another shady spot. Donna and I smiled, asked him how he was doing (Que tal? Esta bien?)

He was gingerly taking off his hiking shoes, which we had seem him do before, when we encountered him earlier in the morning.

Next thing I see, the caretaker is walking across the courtyard area with a small plastic tub of water and a towel. He knelt down and helped the man wash and soak his feet.

4 responses to “The Day Before the Dreaded Meseta”