Locked In, Lost and Lagging

The day started beautifully, from a little rural cottage in which we were the only Pilgrims. (Others were couples and families on vacation.) 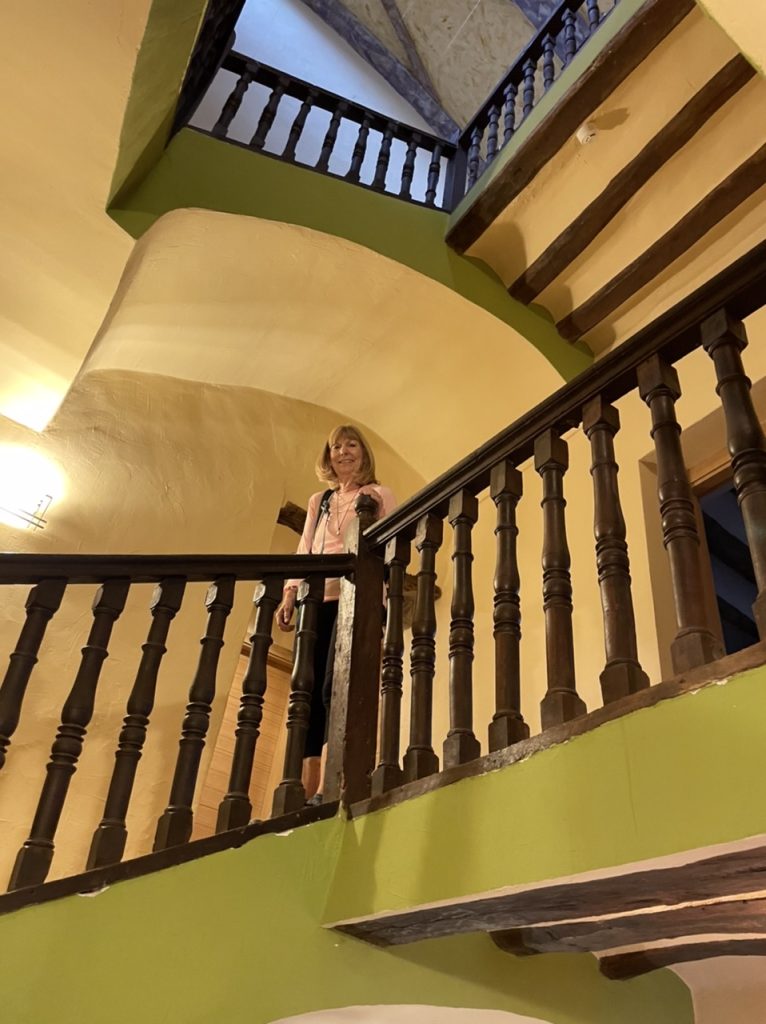 Thankfully, the hostess said she would see that our luggage was taken down the stairs for the transport company to retrieve in the lobby.

In the charming city of Viana, we were treated to a walk down Calle Mayor (think Main Street in any Spanish town) right as 12:00 mass was letting out of the massive stone church.

Like salmon swimming upstream, we went into the church for a look around. The place emptied out pretty quickly, and I saw the priest exit through what looked like a private door to the left, let’s call it 9:00 on an old school clock. We were behind the altar (at 12:00 if you’re still with me), went past where he exited, and poof, the lights went out.

”I think we better head for the exit or we’re going to get locked in here!”

As we strolled to the exit, out comes the priest in his casual attire and says in Spanish, “I am happy you are here, but you are lucky that I am here, too.”

He had already locked the exits and escorted us to one he unlocked for us and wished us a Buen Camino.

The Calle Mayor was filled with people having lunch, beer, wine, bocadillos (snacks). Here’s what it looked like as a selfie from the end of the street. 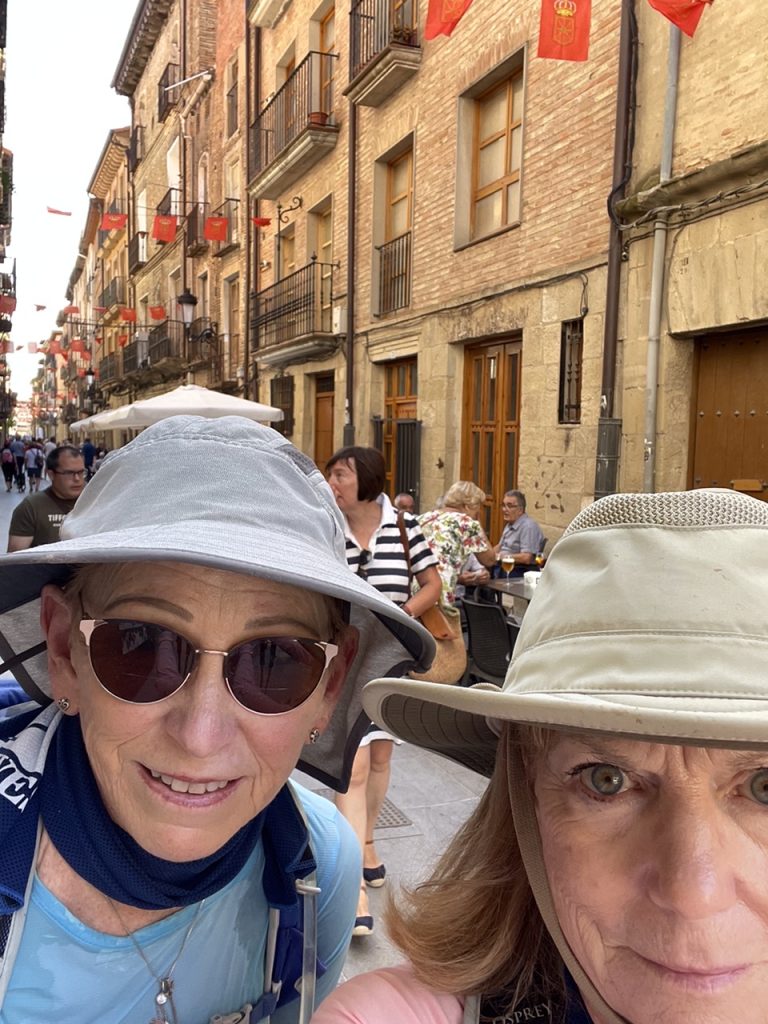 Then, all we did was turn around and here’s a 900-year-old building behind us. 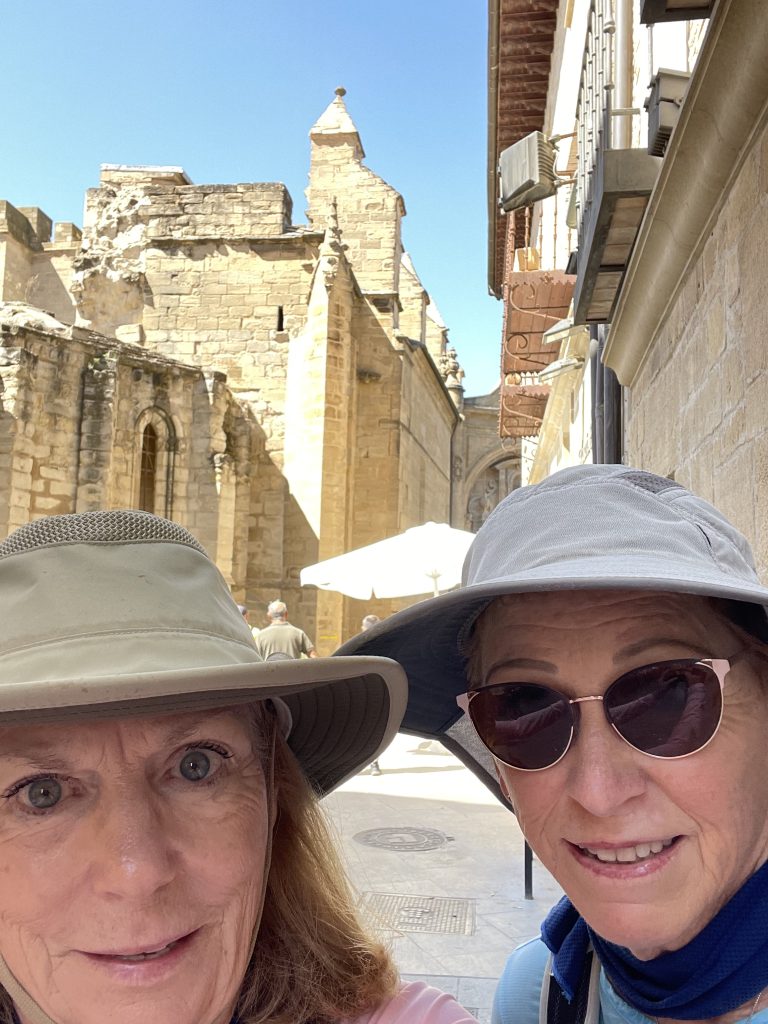 We then headed out of town.

And missed a turn.

We had walked at least 2K on a paved road through a vineyard (in the heat, sans shade) and were starting to be concerned. We hadn’t seen a single other Camino walker or biker in an hour. Finally a car approached us and I flagged him down.

I told him in Spanish that I thought we might be lost, and he said in Spanish, “Yes you are. This is not the official Camino.”

He (and his son in the backseat who spoke broken English) redirected us from whence we came.

As he pulled away, wishing us Buen Camino, I muttered to Donna, “I would have jumped in the backseat if offered.”

Donna said, “I would have stood on the back bumper and hung on for dear life.”

All in all, we added about 5K to the day and an extra 90 minutes in the heat. I ran out of water in my “camelback” with 4K left to walk through the city of Logrono, and there, like a little Camino miracle, appeared a water fountain in a park.

We arrived after 5 p.m., but we arrived. Here is the happy photo we took long before being almost locked in at the church and then a little bit lost after that. 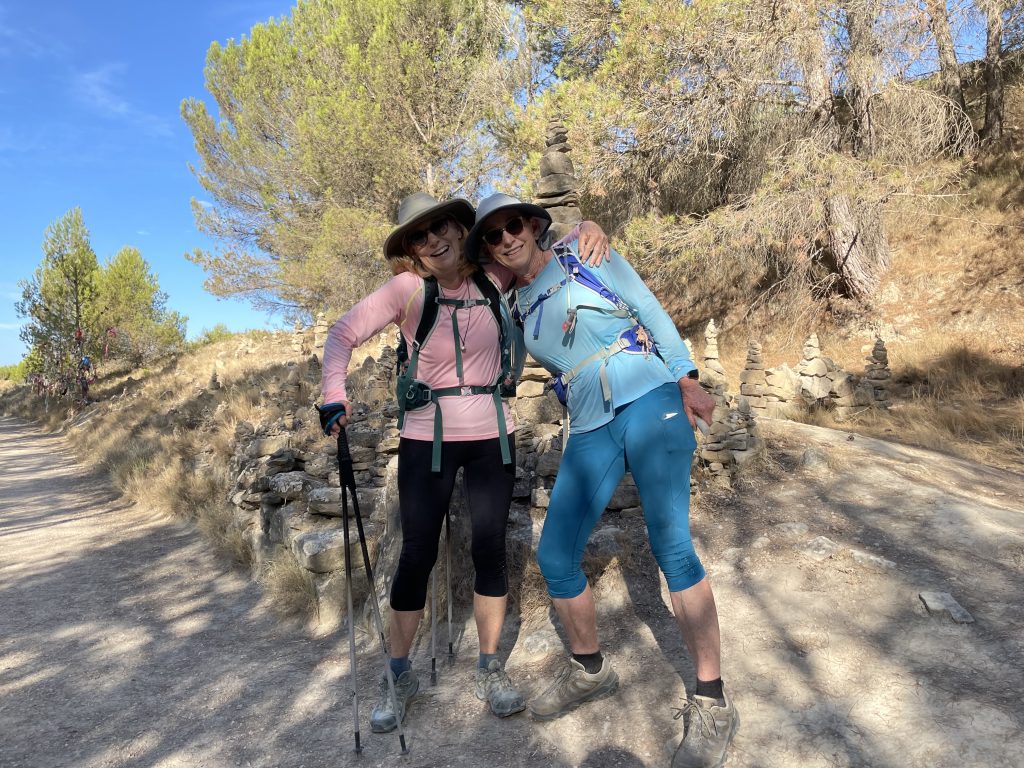 4 responses to “Locked In, Lost and Lagging”