Can we really call this a Camino?

I first heard about the Camino de Santiago de Compostela from my friend Mark LeBlanc. He took about 30 days to walk the 500-mile trek across northern Spain in 2008, and I helped him write a book about the experience, ​Never Be the Same. My daughter Kelsey read the book, and in 2014, she walked the same 500-mile path known as The French Way in about a month. Mark walked it a second time that same year, missing Kelsey on the steps of the St. James Cathedral only by a few weeks.

On May 21, 2017, I will be walking the Camino with my friend Donna Halker. We’re taking the Portuguese coastal route, starting in Porto, Portugal ending in Santiago de Compostela, Spain, about 200 miles. We will miss seeing Mark complete his third Camino by two days. (He flies out June 3. We arrive June 5.) My husband and his friend Don McMillin will meet Donna and I on the steps, after having explored other parts of Spain on a Tauck guided tour. The next day all four of us fly to Budapest for a Tauck river cruise down the Danube, returning to the U.S. via Prague on June 19.

Upon reviewing the day-by-day itinerary provided by CaminoWays.com with its required kilometers-to-walk noted, as well as the names of our accommodations, Donna called me with a question.

“Have you checked out the hotels they’re putting us in?” she asked.

“Not really. Is there a problem?” I wondered.

“Actually, they’re very nice. You should take a peek.”

A few days later I called Donna and agreed that the hotels are nowhere close to being hostels. A few are actually four-star establishments. Yes, we have to walk all day to get to our lodging, but we won’t be carrying our worldly possessions on our backs. We will carry daypacks with walking poles, rain gear, first aid and water. Our suitcases (1 each) will be transported to the next hotel each day. Unlike the average (cough, millennial, cough) pilgrim, we know where we will lay our heads each night. And we know the longest line for the shower will be either one of us.

“Maybe we should stop referring to this as The Camino,” Donna suggested. “In our case, it’s more like a SpaMino.”

“Perfect!” I said, once I stopped laughing.

And thank you to Mark LeBlanc and Karen Jacobsen, the GPS Girl, for the bottles of SpaMino Mist, aka Recalculate Your Life Mist. In 10 days Donna and I will wake up and smell the eucalyptus, peppermint, orange and bergamot. Let those other pilgrims wake up and smell . . .well . . . each other. 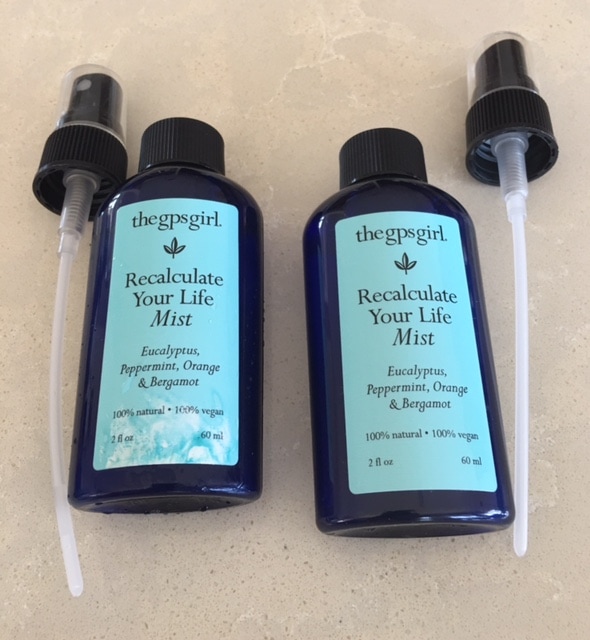 One response to “Can we really call this a Camino?”